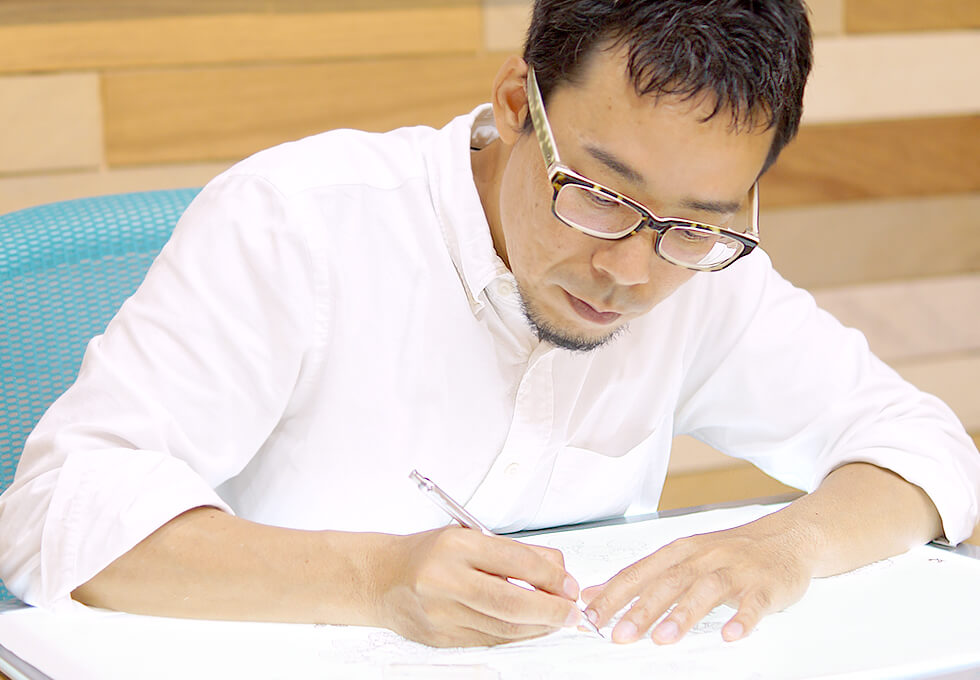 Born in 1974, Okinawa, JAPAN.
1998 Graduated from Okinawa Prefectural Arts University Design Major.
Started to work in an advertising agency company in Tokyo as a graphic designer.
When I returned to Okinawa in 2004, realizes again that Okinawa has “strong life force”.
I begin drawing, represent this feeling of the world.
Searching for illustrations own style & Ryukyuan based on it.

In January 2017, I opened an art gallery “soranoe”in Okinawa City. As a place to presentation my work and also to revitalize the art scene of Okinawa, I will also open to other artists.